Our cousin came back from her holiday in Europe and brought us a little treat which we had after dinner at our home tonight. 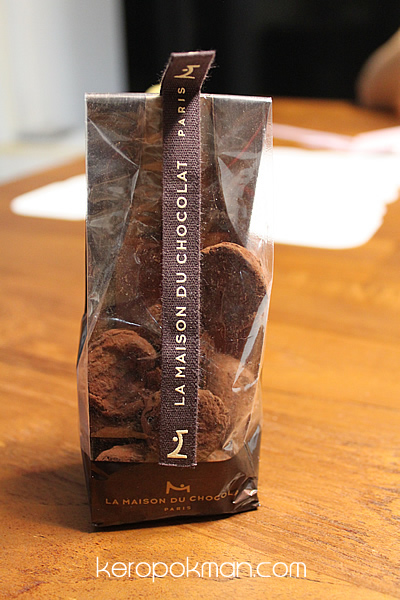 They liked us did not specifically walk into the shop it seems.
They saw a nice chocolate shop and walked in and like us found out later it’s one of the best chocolate shops in Paris! 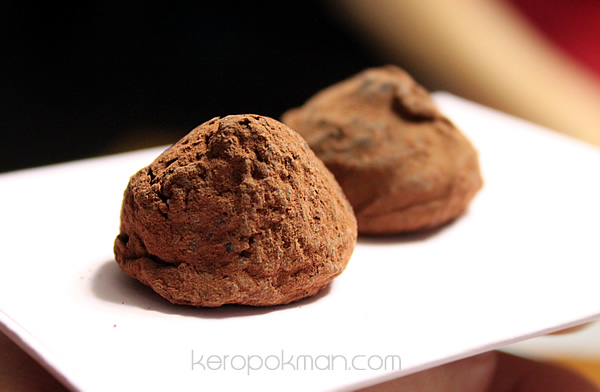 These little truffles were simply luxurious!

Sweet and yet bitter, it’s so smooth and yet the chocolate dusting over it gives it some rough stickiness when it’s in your mouth.

One chocolate truffle is never enough! 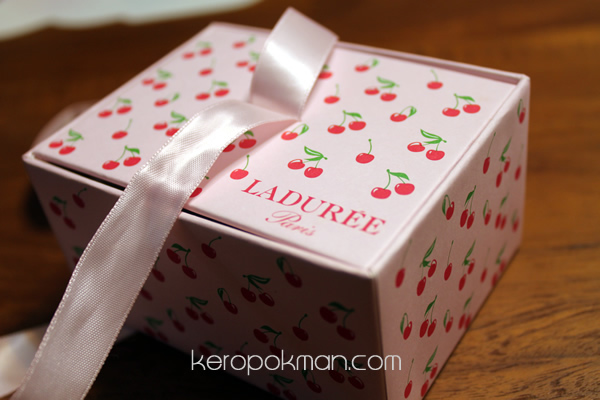 Our cousin was thinking of us when she was holidaying!
She also brought back a little box of macarons from Laduree! 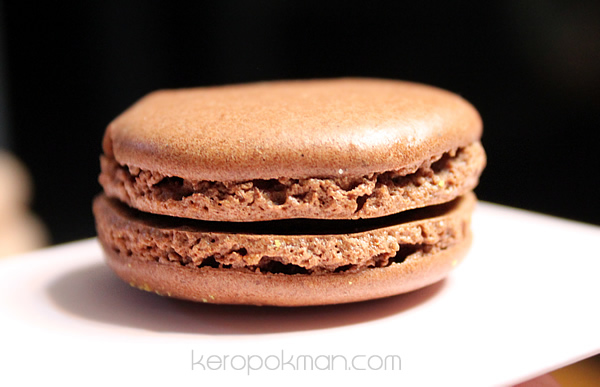 She and her parents tasted so many kinds of macarons from so many shops. She did her research and went macaron hunting in Paris! We asked her which one she liked, she said Laduree is nicer than Pierre Herme.

The above, the chocolate macarons from Laduree. Since there was so many of us at home, we took out a knife and cut it into small pieces, almost the size of mooncake tasting portions at Takashimaya. OK, that was exaggeration. We cut them into quarters. 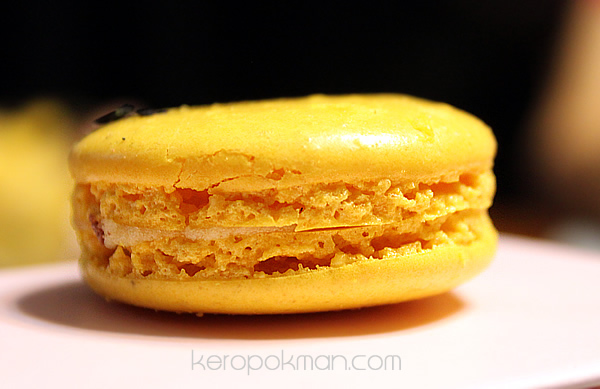 Our cousin also said there’s macarons sold in McDonald’s in Paris as well! Yup, she tried them too! She had giant ones as well from cafe at the corner of her hotel along Champs Elysee, which she whatsapp me. I wondered how many macarons she had on her trip! 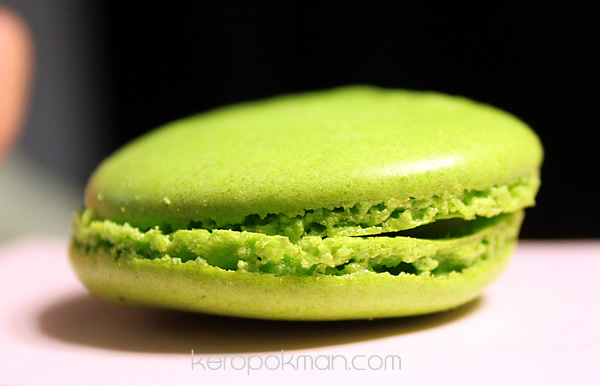 The macarons were hand carried all the way from Paris to London via the Eurostar and then hand carried again from Heathrow to Changi. So the green, lime flavoured macaron got slightly ‘kemek’!

The flavours were all very nice. You need to sample them really slowly. It’s not only lime or lemon that you taste. You can taste other stuff they put in too! They were oh so good!

Thanks cousin for the sweet treats from Paris!

1 thought on “Treats from Paris”