We bought 2 packets to try a few weeks ago when we saw this on sale in the supermarkets.
After trying it, we liked it and on the next grocery trip, we bought 6 more packets to keep at home, in case we are hungry at odd hours of the day.

As I am typing this, my aunt is carrying like a whole box of it to London for another aunt and cousins!
But these instant noodles are not cheap. It’s around $2.60-2.80 depending on which supermarket you buy them from.

(We wondered if it’s available in UK! If it is, aunt would have wasted her luggage space!) 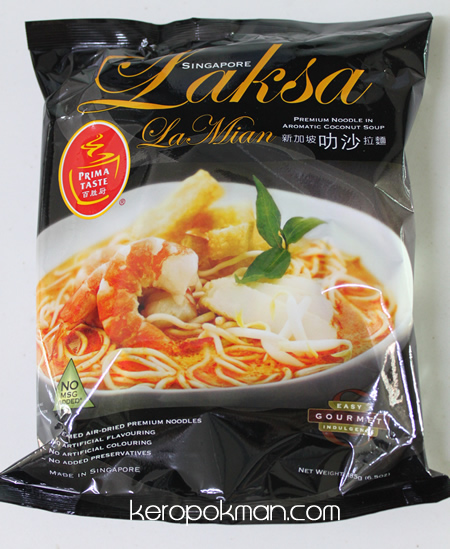 Even the packaging looks delicious!

We liked it because there is no MSG added, it’s air-dried noodles. Mum was saying, nowadays they are all like that. 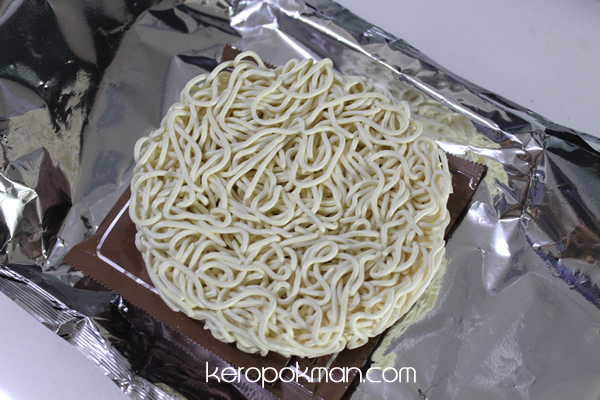 Open the pack and you see a round piece of noodles. If you are one of those who needs two packs of instant noodles to feel full, this 1 pack should be enough.


It reminds me when we were young, we were crazy over Myojo’s noodles (remember the advert on TV?). Some of their noodles (I remember it was Mee Goreng) were 100gm instead of the smaller packs by other brands. They were also round! 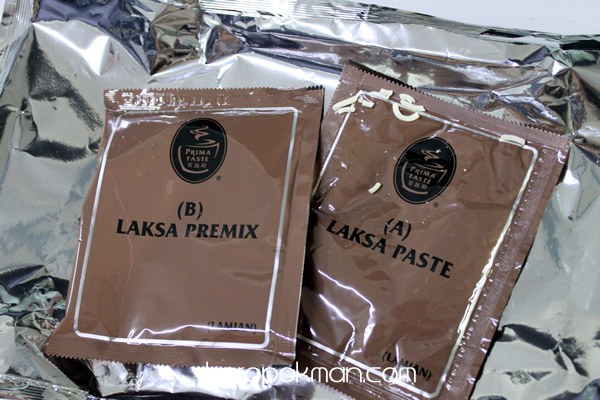 Instead of small packs of seasoning, the seasoning looks big!
Look at 2 photo above to see the size. It’s like cooking Prima Mixes stuff!

We were discussing the other day with my aunt. She said the sauce is too thick and she prefers only to put half of each pack. I think if you like your laksa super lemak and ‘gao gao’, you should put all in. I know some of you will say, you will go ‘botak’ soon! 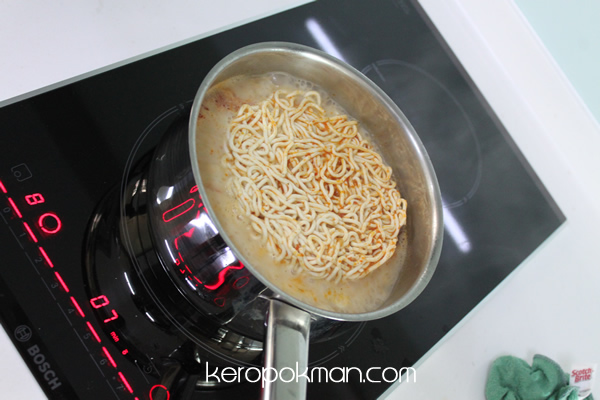 It takes a long time to cook though! 7 minutes it says on the wrapper.
I was cooking two packs at together to be shared with my sister. 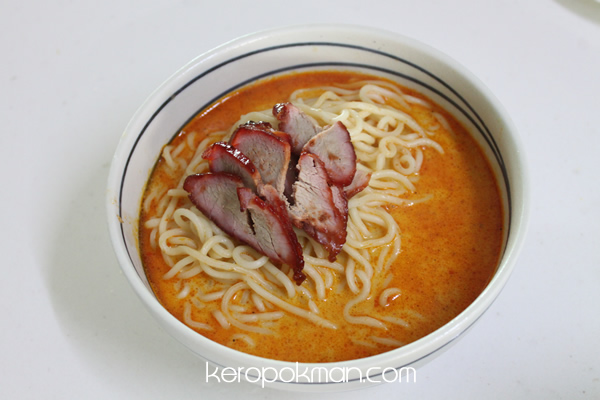 We thought it looked a bit too plain, so while I was cooking, sis went downstairs to buy $5 of Char Siu to go with our noodles. Why did not we just eat laksa from the stalls? Because some laksa stalls simply cannot make it! LOL. This cook at home noodles taste better than many laksa stalls!

Have you tried it, what’s your verdict of this noodles?